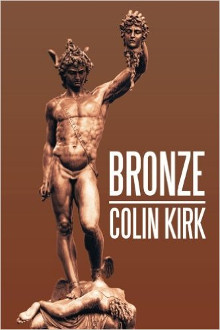 The only grandson of a Scots banker and Milanese mafia boss, brought up in Edinburgh by the house keeper, has absorbed her values. She's devout, from a Tuscany hilltop village where most folk are communists. He spends the long vacation 1973 in Italy, where his mind set and belief system are jeopardized by powerful personal encounters that are not entirely sexual.

Colin Kirk has published poetry, classical history and philosophy. This is the umpteenth rewriting of his first novel.