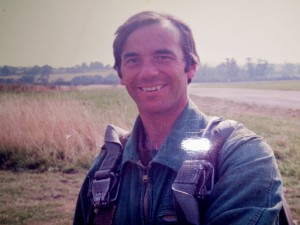 Colin Kirk is from Lincolnshire in England. Henry VIII called it the most boorish county of our realm. He'd been lavishly entertained at Thornton Abbey at the north easterly extreme of the county in a bend in the Humber estuary. Kirk spent his childhood and adolescence there, helped with his writing by liberal poet Henry Treece and Fr. Waldo Judd.

After four years at Edinburgh he was a farm laborer in his native Goxhill. He then worked in management of hospitals in Birmingham, Worcester, Bradford, Oxfordshire and London. He worked in the Department of the Regius Professor of Medicine in Oxford for three years, where he helped commission the John Radcliffe Hospital. Later he spent eight years in management of replacement of Friern Psychiatric Hospital by community mental health services in north London, where he lived in Hackney overlooking Finsbury Park. He changed course completely after that, became cook at a vegetarian restaurant using home grown fruit and vegetables. This allowed time for travel around Europe, the Middle East, North Africa and the USA. He needs to visit places he writes about. He's contributed articles on health service management to the medical and related press. His life long interest in philosophy lead to assistant editorship of Martin Cohen's  Essentials of Philosophy and Ethics 2006 and articles for The Philosopher, the UK's leading  philosophical journal. 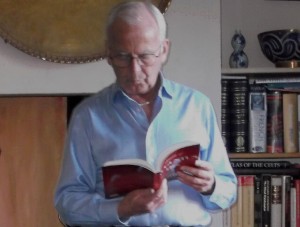 Nowadays he grows fruit and vegetables in a medieval walled garden to prepare and cook for guests at what his friends call a Pythagorean Guest House.  www.laporterouge.fr

Death of Augustus  is detection of serious manipulation of Roman History by Christian zealots towards the end of the fourth century. It is bound with  His Conversion to Christ  that shows the extent of Augustus cult material in the Christian religion and how it got there.

Jesus Forever Reborn  demonstrates what we gain positively from Jesus teaching and his belief in a personal God.

Life in Poetry  is only partly tongue in cheek progress from conception to the grave, most of it is for real. It plots growing incomprehension of what is being allowed to happen in our name by corporate Anglo-American interests.

Here are some extracts:

In outlaw green as grass or leaf
akin to beggar and to thief
outcast, lost, nowhere to go
I hide my green in drifting snow

Weasels are more adaptly made
earth brown, first frosted ermine white.
Chameleons golden in the sun
are dark in shade and black at night.

Beyond our harboring walls
are the real worlds we do not seek
to escape. We do not want
to hood and cape ourselves.
We want impossibility.

Ideals are the tools of orators
religion's reason, politician's pawns.
Man soars up on a soapbox of ideals
the winking symbol of his unique state

He was the city and the world's city
the country and the living air
the roaring of the sea
the twinkling of the morning star.